We are delighted to share that on the 22nd April our adult Golden Lion Tamarin pairing Sooty and Satine welcomed a tiny set of twins!

This is the pair’s first offspring and they have taken to parenthood well, proving to be very attentive.

Tamarins usually live in monogamous pairs like Sooty and Satine and it is common for them to usually rear twins. Since the youngsters were around week old, Dad, Sooty has been taking a hands-on approach, helping to carry and care for one of the youngsters alongside mum.

Sooty was born here at Colchester Zoo in 2013 and was joined by Satine in July 2019 from La Palmyre Zoo in France. From their first meeting it was clear that Sooty was smitten with his new companion, and it is great to see the pair grow into a family of four.

This species of tamarin grow up to only 40cm in length and they have a silky golden coat, making it even harder to spot the new arrivals as they are camouflaged against mum and dad’s bodies so well! As their name suggests, they also have a mane of hair which is seen in all the sub-species of lion tamarins!

Sadly this species is listed as Endangered on the IUCN Red List and so not only is this news great for Colchester Zoo but also for the conservation of their species.

The new family live at the Worlds Apart exhibit within the zoo and share their home with two of our sloths. 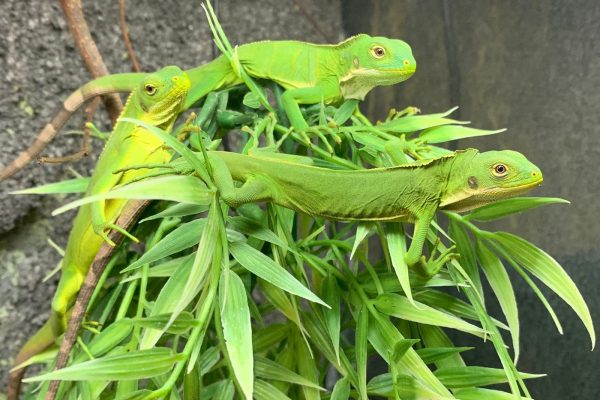 NHS Test & Trace at Colchester Zoo Due to...