In November 2020, our two Asian short-clawed otters, Ravi and Summer, became a family as they welcomed their first litter of pups together. Fast forward 10 months and our otterly adorable family of six has grown once again!

On 21st September, Ravi and Summer welcomed their second litter of pups, with mum, Summer, giving birth after a gestation period of around 72 days. Since birth, the tiny pups have spent most of their time in the safety of the nest.

Dad, Ravi, arrived at Colchester Zoo in September 2011, whilst Summer arrived in August 2020 to join Ravi and the pair have been inseparable ever since!

The new pups’ older siblings, Rosie, Sally, Sprout and River, have also taken a keen interest in the new arrivals and can be seen looking after them in their outdoor area, with Sprout being the most supportive and helping dad to take care of the young.

At the beginning of December, our Animal Care Team were able to confirm the size of the litter, as well as the gender of each pup. We are delighted to announce that Summer gave birth to three healthy pups – two females and one male – who have since been named Ruby, Robin, and Rupert.

Male pup Rupert is proving to be the most confident out of the three and enjoys playing in the water bowl. Rupert can be identified by his full pink nose.

Out of the two female pups, Ruby is proving to be the most independent and will often try to return to their nest whilst the Animal Care Team are cleaning. However, Ravi is on hand to stop Ruby from getting into trouble! Their keepers can identify Ruby as she is the only pup to have a half brown, half pink nose.

Robin is the smaller of the two female pups, but don’t let her size fool you. She is the very vocal when searching for food and will also try to steal from her older siblings. Robin can be found following mum around their home as she thinks this will help her to get to the food quicker! Unlike Ruby and Rupert, Robin’s nose is fully brown which helps the Animal Care Team to identify her out of the three mischievous pups.

Over the last week, the pups have grown in confidence and are spending more time out of the nest with the rest of the family, exploring their new surroundings.

This species of otter lives in rivers, marshes and shallow estuaries in Asia and is currently listed as ‘Vulnerable’ on the IUCN Red list of Threatened Species, so these new arrivals are great news for the survival of their species.

We’ll keep you up to date on their progress over the coming weeks, so watch this space! 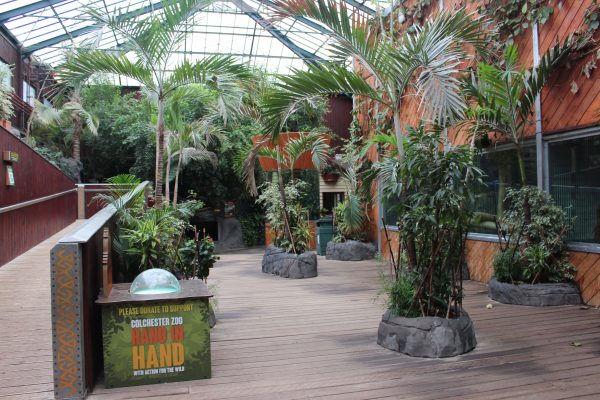 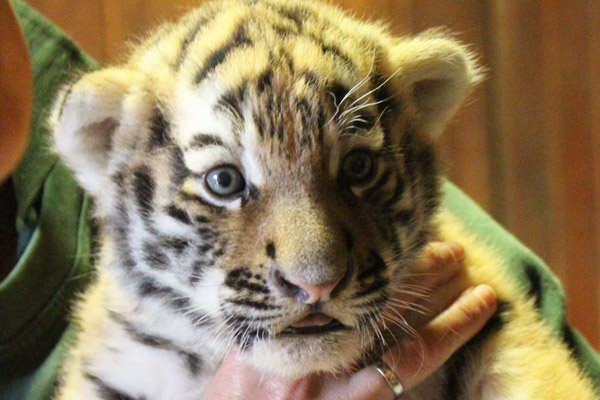 Tiger cubs begin to venture out of their den and their genders are revealed!

Tiger Cub Update: Our tiger cubs are beginning to...