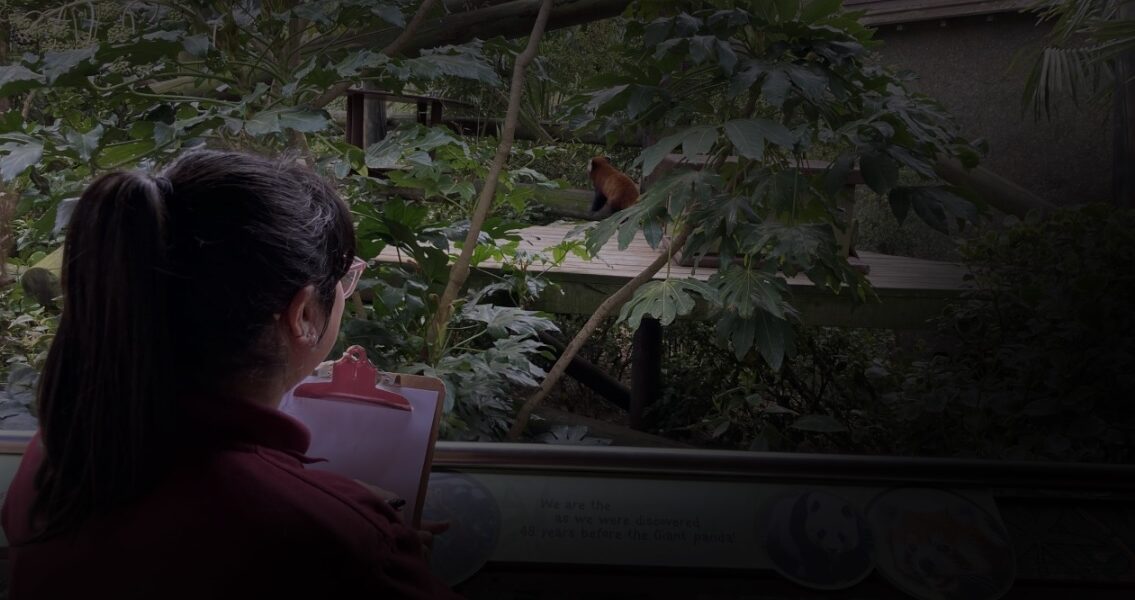 The bush dogs are a popular species at Colchester Zoo. They have the combined looks of guineapigs and puppies – with the attitude of a pack of wolves. They are always talking to each other with barks, growls, and especially whines. The whines are a contact call that they use as they move through the forest as a pack – tracking down their prey and keeping track of each other in the dense undergrowth of their natural rainforest habitat. In the zoo, the dogs are always whining as they move around the enclosure.

To try and detect them in the forest, we’ve made ‘audio surveys’ in the Peruvian Amazon using remote audio recorders. We leave them recording for months in the forest, capturing thousands of hours of rainforest sounds. The bush dogs are so vocal, we’re sure we must have recorded them but with so many terabytes of recordings to search through, it would take forever. So, how do we find those calls and find out where the bush dogs were?

University of Suffolk students have recorded sounds of the bush dogs at Colchester Zoo, building a detailed audio library. Sonogram graphics have been created from these recordings, allowing us to visualise the sounds and take duration, pitch, and frequency measurements. Using the audio library, a ‘call classifier’ was created in the program, Kaleidoscope, that can search through hours of recordings quickly and find matches for the bush dog calls.

We’ve tested the process and the algorithm does find the calls from the bush dogs at the Zoo. The next stage is to try the call classifier on the recordings from the rainforest. If it works, we can build a detailed picture of where they are and how much forest you need to support a population of this species. All very important for conservation in the Amazon Rainforest.

If the world can’t be motivated to save the Amazon rainforest to stop climate change, then perhaps we can protect the forest to save the worlds cutest wild dogs!