Back in April we were excited to announce that we had welcomed a baby aardvark to Mum Oq and 28yr old Dad Afer!

This is Oq and Afer’s first young together and we can confirm it is a little girl! We asked visitors to help our keepers think of a name and after many suggestions – which we thank you all for – the keepers have chosen Estie which means ‘Star’ in Afrikaans!

Aardvarks such as ours are nocturnal which is why our group can usually be seen sleeping in their burrow during the day! Their name means ‘Earth Pig’ in the Afrikaans language, with their long snout being similar to a pig in appearance.

Many of the group’s previous offspring having moved on to other collections around the world to join other breeding groups which is fantastic news for the species.

Stop by the enclosure to see Estie and the family during your next visit at The Aardvark Burrow. 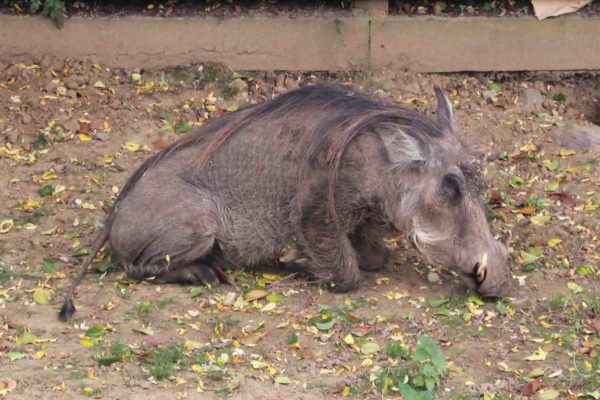 We are excited to announce that a female warthog...

Experience so much more for less! Enjoy a day...