Friday 28th October celebrates World Lemur Day, this is an annual celebration to help raise awareness for these lovable species and showcase the conservation efforts being made worldwide to help protect the habitats of these incredible creatures.

Here at Colchester Zoo, we have four species of lemur: Black and White Ruffed, Crowned, Red-bellied, and Ring-tailed.

Here at Colchester Zoo we have a pair of Black and White Ruffed lemurs; a female named Adelie and a male called Tanjona. Adelie is 17 years old and enjoys spending her days snoozing in her hammock or relaxing in the sunshine on those brighter days. Tanjona, or more affectionately known as Tanj, is 6 years old and is a lot more active than Adelie, spending a lot of time enjoying his outside habitat, scent marking as he tries to impress Adelie!

When visiting, you may find that you can hear Tanj before you see him as Ruffed lemurs have the second loudest call out of all primates, second to the howler monkey! They have 12 distinctive calls which can sound like different animals, often causing confusion for visitors.

Black and White Ruffed lemurs are classed as Critically Endangered on the IUCN Red List and can be found in Eastern Madagascar, spending time up in the tree canopy. They enjoy their time in the treetops so much that this is where they build their nests. This makes them the only primate to give birth in nests and not carry their offspring.

The Ruffed lemur is diurnal, meaning that they’re most active early in the morning and afternoon, spending this time to forage for foods such as fruits, leaves and most importantly nectar. This species is extra special to Madagascar as they are the world’s biggest pollinator. Their fluffy appearance comes in handy when they stick their long noses in flowers for a tasty snack as the pollen clings to their fur and pollinates the forest as they leap from tree to tree.

Classed as Endangered on the IUCN Red list, Crowned lemurs can be found in the Northern tip of Madagascar. Groups usually consist of up to 15 individuals, typically a male and female pairing and their offspring.

Like the Black and White Ruffed lemurs, Crowned lemurs are important pollinators and seed dispersers. They help to pollinate surrounding flowers whilst eating nectar and spread seeds as they eat different fruits.

Although they are named Red-bellied, it is only the males who have this feature. Instead, females have a white underbelly. Their distinctive call sounds like a pig grunting but they also make meow-like calls to communicate with each other. In addition to their loud calls, Red-bellied lemurs also use scent marking to communicate. Males have a scent gland on the top of their head which gives them their typical greasy appearance.

Colchester Zoo is home to 22 Ring-tailed lemurs which are classed as Endangered on the IUCN Red List and can be found in the dry forests of South and Southwestern Madagascar. 9 members live in a bachelor group found in our walkthrough enclosure, with the other 13 living in the family group next door.

Our Ring-tailed lemurs can often be seen basking the sun in groups, absorbing the warmth through their less dense fur. As they spend up to 50% of their day on the ground sunbathing, Ring-tailed lemurs are the most territorial of all lemurs, typically living in groups of up to 30. That’s larger than any other lemur group! As they travel along the forest floor, Ring-tailed lemurs keep their tails raised to act like flags, keeping the group together.

Male Ring-tailed lemurs participate in something called stink fighting, where they use scent glands on the insides of their wrists. Using these glands, they cover their tails in smelly secretions ready for battle for dominance. Furthermore, males also wave their tails in the air to determine which animal is more powerful.

In June 2022, Colchester Zoo welcomed 50 keepers from across the UK as we hosted a Lemur Keepers’ Workshop with the Association of British and Irish Wild Animal Keepers (ABWAK). This was a one-day workshop that covered a range of topics relating to lemur husbandry, as well as providing information on a variety of lemur species.

Over £1,000 was raised through ticket sales and raffle prizes, and was donated through Colchester Zoo’s charity, Action for the Wild, to lemur conservation charity project, HelpSimus. Founded in November 2009, HelpSimus‘ mission is to protect the most threatened lemurs of Madagascar, the Greater Bamboo lemur. They have managed projects which combine animal monitoring, habitat protection and aid in community development. These habitats also host families of Red-bellied lemurs who are also benefiting from this work.

The long-term conservation of lemur species and habitat rests on two major challenges on which we need to continue to concentrate our efforts in 2023: food safety of the populations and, of course, the education of children. None of this would have been possible without the support of partners and donors to whom HelpSimus is very grateful.

Find out more about how you can support conservation projects worldwide through Colchester Zoo’s charity, Action for the Wild, at www.actionforthewild.org 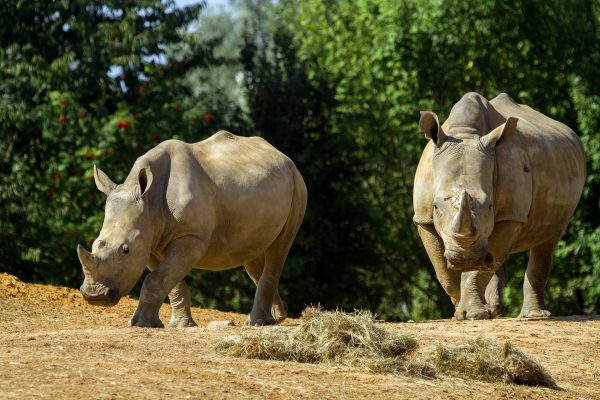 A short time ago our young male White rhino,... 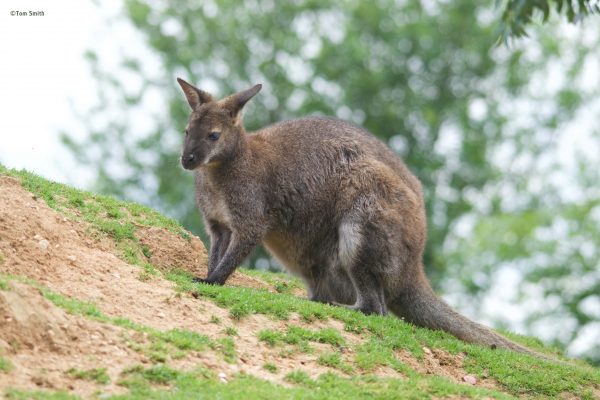 Our wallaby group has grown!

Our wallaby group has grown! We have recently welcomed...