On 21st December, our female Blue Duiker, Jasmine, welcomed her eighth offspring who has since been confirmed as male and aptly named Jingle by our Animal Care Team!

Since Jasmine’s arrival to Colchester Zoo from France in November 2013, she has had eight successful births. All of Jasmine’s young have been sired by our male Blue Duiker, Jafar, and once again, the pair are proving to be great parents to their new arrival. The young Duiker is continuing to grow and is developing new skills from his older siblings.

Blue Duikers come from the forests and wooded areas of central, eastern and southern Africa, and like to eat fruit, leaves, flowers, fungi and seeds. One of this species most distinguishing features is the scent gland on their face. These look like vertical gashes which run down the face from the cheek to the mouth and are used to mark their territory.

The Blue Duiker is listed as ‘Least Concern’ on the IUCN Red List of Threatened Species, however, they are hunted for the bush meat trade.

Be sure to say hello to our little one on your next visit at the Edge of Africa! 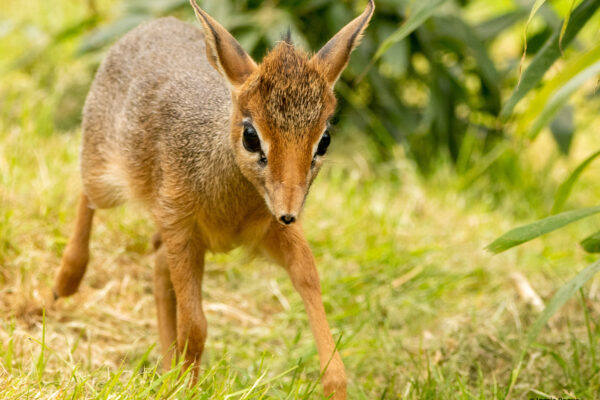 Pumpkin the Kirk’s dik-dik enters the world of motherhood!

Kirk’s dik-dik, Pumpkin, has become a first-time mum after... 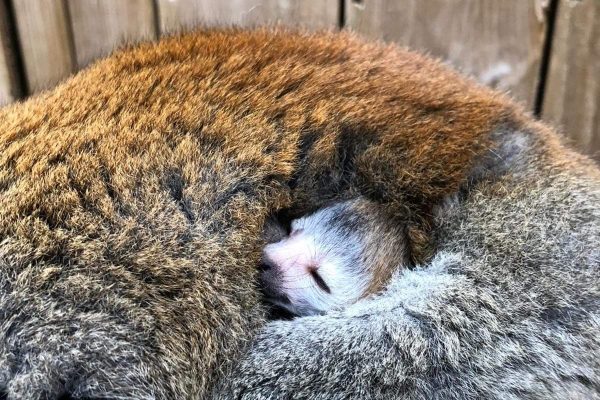