Quick Links
Book Tickets
Enchanted Trail of Light
Celebrating 60 Years
Support Us
Back to Animals
Colchester Zoo is one of the few zoos in the UK approved to keep Komodo dragons and we are fortunate to currently house a number of them. In the past we have had previous breeding success within the EEP breeding programme for this species.
When Komodo dragons are fully grown the males can reach up to 3 metres long!

The Komodo dragon is the largest surviving lizard in the world, averaging a length of 2.1m and they can also can run up to 11 miles an hour in short bursts.

The Komodo dragon is classified as endangered on the IUCN Red List and listed on Appendix I of CITES; their number has declined in the wild due to the threat of widespread habitat loss, a loss of prey species and hunting.

Animals in Dragons of Komodo 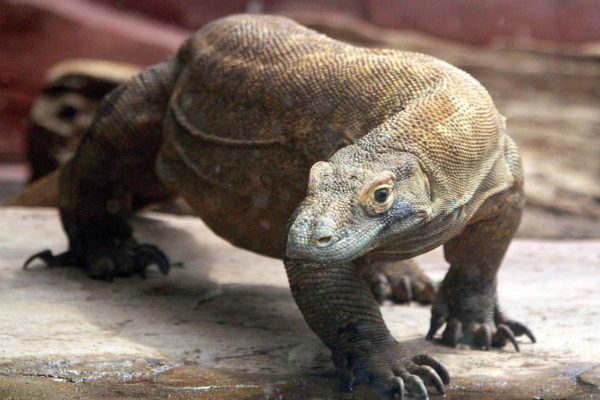 The Komodo dragon is classified as endangered on the IUCN Red List and listed on Appendix I of CITES; their number has declined in the wild due to the threat of widespread habitat loss, a loss of prey species and hunting.

Call of the Wild

Kingdom of the Wild